May 23, 2022
THE LATEST
Home Cubs Is Ian Happ Becoming the Clear Leadoff Man?

Wow, Cubs utility man Ian Happ has had quite the Spring Training so far.  He’s hitting .571 with and slugging 1.571 in his first few games, some eye-popping numbers.  Happ started both Monday and Tuesday’s Cactus League games with a home run, showing that he could give the Cubs a power punch out of the leadoff spot.  I know these are seemingly meaningless at-bats, but Happ clubbed 24 HR’s in 2017 so this power isn’t coming out of nowhere. 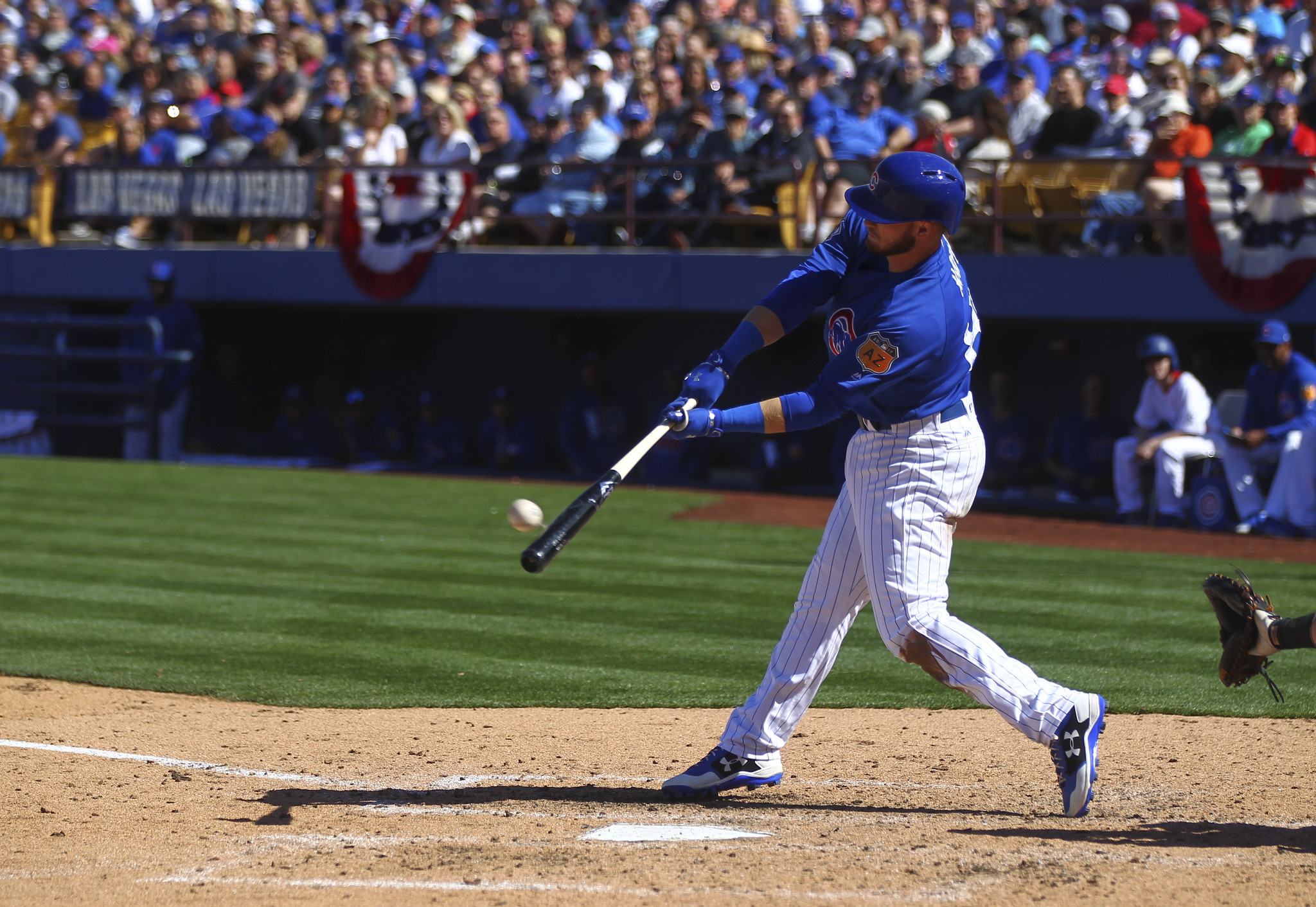 Although Happ may not start on Opening Day in 2018, he’s definitely going to make it difficult for manager Joe Maddon to keep him out of the lineup on a day-to-day basis.  Happ should help his own cause as a switch-hitter and with his ability to play all over the field.  His best defensive position is probably second base, but he showed that he was more than capable of handling all three outfield spots in 2017.  At the very least, he will platoon with one or both of Jason Heyward and Kyle Schwarber against lefties this season.  Unless Albert Almora Jr. improves his hitting splits vs. right-handers, Happ may also find AB’s in center field against righties.  Maddon has suggested that Happ may get reps at first base to spell Anthony Rizzo every once in awhile as well.  So even though he may not start on Opening Day, there are plenty of AB’s for Happ to play on a regular basis.  Is he the Cubs best leadoff option then?

Happ might be the Cubs best source of speed on the current roster.  Although his base stealing numbers weren’t phenomenal, he was able to swipe 8 bases in only 115 games in 2017.  I think he’s capable of getting into the 15-20 range with more regular playing time and as he becomes a smarter baserunner. On a roster lacking overall speed, Happ would be a welcomed addition to the top of the order in terms of base-stealing ability.

In 2017, Happ put up incredible power numbers.  He averaged only 15.2 AB’s per home run, compared to the league average of 27.1.  48% of his hits went for extra bases, whereas the average MLB hitter only had 36% of his hits go for extra bases.  With an extreme premium being placed on power and HR’s in today’s MLB, Happ would provide plenty of value.

Happ struck out 129 times last season, a huge number for a leadoff hitter.  He’ll need to reign these K’s in if he is going to become a good leadoff option.  However, Happ hit lower in the order for most of his AB’s in 2017.  If Maddon decides to utilize Kris Bryant in the #2 hole again in 2018, he will provide some much needed protection for Happ in the leadoff spot.  Pitchers will be pressured to attack Happ early in the count so that they don’t have to worry about Bryant with a runner on.  With Anthony Rizzo and Willson Contreras still looming in the #3 and #4 holes, there will be even more protection behind Bryant for whoever leads off.  This should only help Happ, who likes to attack first pitch fastballs whenever he can.

Unfortunately, Happ won’t be successful if he swings at every first pitch so he will need to be able to work the count and take what the pitcher is giving him sometimes, especially in the 1st inning.  One of the reasons Dexter Fowler was so successful was because he made pitchers work extremely hard in his 1st AB.  Happ will need to learn how to be patient and foul off pitcher’s pitches when leading off the game, providing the rest of the lineup with an early look at what the starting pitcher is going to feature on a given day.

If Happ is able to lower his strikeout numbers and proves capable of being patient when he isn’t thrown strikes, he is a great leadoff option.  We know he has plenty of power and can steal a base from time to time, which are great characteristics for any leadoff hitter.  My guess is Ben Zobrist or Albert Almora Jr. lead off on Opening Day, but don’t be surprised if Happ finds himself in that role before too long.