May 21, 2022
THE LATEST
Home Cubs Why the Cubs Should Welcome back Sammy Sosa

Sammy Sosa has made it known he would like to return to the Cubs in some sort of capacity. I have seen a lot of push back from fans on this. I can’t say if this a majority or a vocal minority. It’s tough to gauge that kind of thing on the internet. I say let’s bring Slammin’ Sammy back. At least for a Sammy Sosa Day or something. I understand how some fans feel, I do, but I think a lot of it is rooted in hypocrisy. 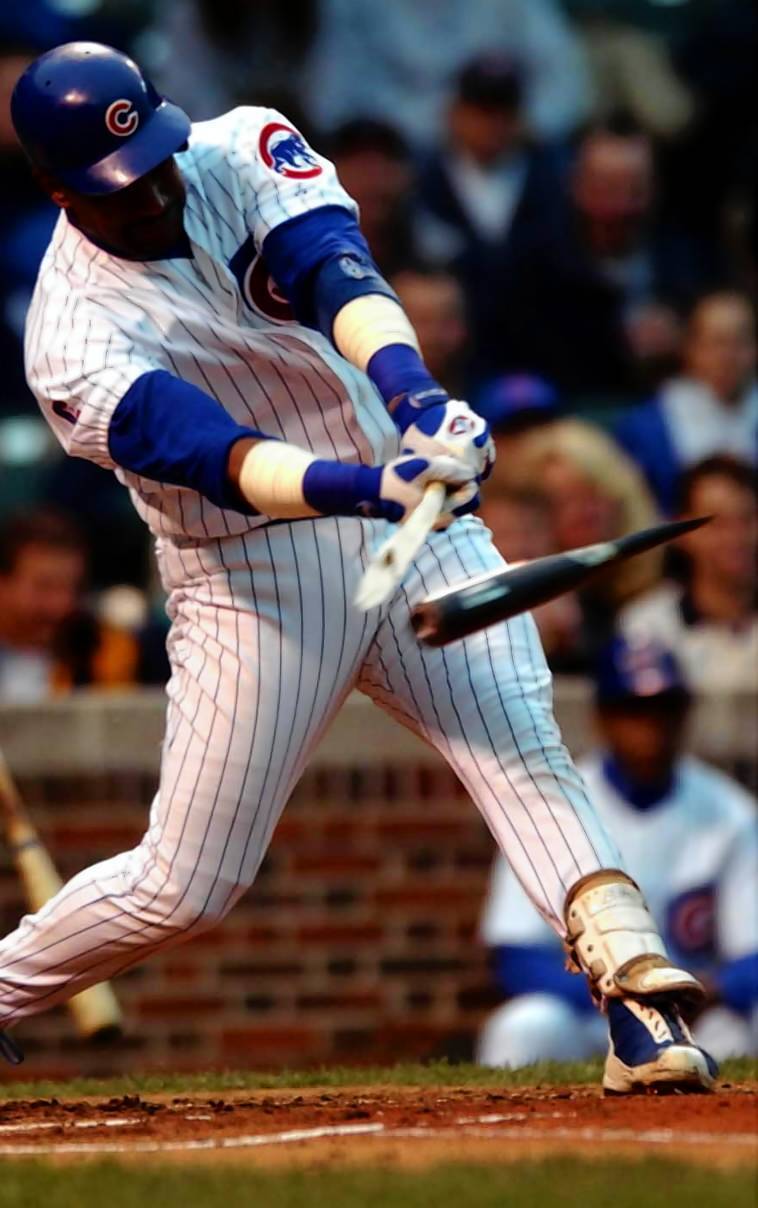 We all know what Sammy did. Or probably did. Allegedly. Well some of it is alleged, some of it we know. The first thing that comes up is the corked bat incident. I will never forget I was working that evening and a friend of mine came running into my office to tell me about it. I thought he was putting me on. He wasn’t. Sammy’s bat had exploded when it struck a pitch, and the cork came flying out. Now there is some scientific debate about what advantage that actually gives a hitter. A corked bat hits the ball farther right? That’s a myth according to scientists that have done their scientist things to figure this out. There was some anecdotal evidence of a “trampoline effect” when the ball bounces off a corked bat, but this was disproved. In fact, in experiments, the ball actually jumped off of a corked bat slower than a regulation bat. There is also the theory that the replacing of solid wood with cork makes the bat a few ounces lighter, allowing a hitter to generate more bat speed. I have not been able to find any rule that restricts the weight of a bat, so I don’t know why you wouldn’t just use a lighter bat if that is the desired effect. Nevertheless, Sammy’s bat was corked, which is illegal. My main problem with this isn’t the crime, it’s the flimsy excuse he used for it. He said it was a special bat he used in batting practice and he grabbed it accidentally. I say flimsy, but MLB tested 76 of Sosa’s bats right after the incident, including the 5 on display at the Hall of Fame, and no cork was found. Sosa was issued an 8 game suspension, which he appealed down to 7 and served. I’m not defending his actions here, but I will point out that there are a LOT of guys who were known to doctor the bat AND the ball (Gaylord Perry) and are not ostracized from their teams or from baseball. Some are Hall of Famers.

Sin number 2 is the last day of the season in 2004. He allegedly arrived to the ballpark late and leaving the game early. He was fined $87,000, a day’s pay, by the Cubs. That season had been an injury plagued one for Sosa. He had spent time on the DL with back problems. The story is Sammy had asked a Cubs trainer to inform then-manager Dusty Baker the day before that he was nicked up and wanted to sit out the finale on Sunday, but he had come to the park not expecting to play. The Cubs playoff chance had gone up in smoke by then, largely due to Baker’s incompetence in my opinion. Baker told the media that he wanted Sammy to be in top shape next season, which angered the Cubs right fielder, and prompted him to tell reporters that he was tired of Baker blaming him for the Cub’s failures that season. I will admit I am biased here. I have less than zero respect for Dusty Baker as a manager. While I don’t condone what Sammy did here, these things should be settled in house and not in the press, and Dusty was always great at blaming others for his own failures.

Sin number 3 is the biggest. Steroids. Performance enhancing drugs. Now I can be the proverbial ostrich with my head in the sand and point out that Sosa, much like many others, never failed a drug test. Just because you didn’t get caught driving home drunk from the bar doesn’t mean you didn’t do it. Here’s where the hypocrisy comes into play. Was Sammy doing something pharmaceutical to enhance his game? as the old Magic 8 Ball used to say, all signs point to Yes. Did anybody care at the time? If you’re being honest, the answer is No. After the 1919 Black Sox scandal, baseball almost died. Interest in the game came back due to the exploits of one Mr. George Herman Ruth. After the 1994 work stoppage, and subsequently no playoffs or World Series, baseball almost died again. What brought it back was 1998. Sammy Sosa and Mark McGwire. Don’t sit there an tell me you weren’t watching. Everybody was. Even people who knew or cared little about baseball were watching. The country was watching. The world was watching. Both men were pursuing Roger Maris, and both men passed hi. McGwire hit 70 home runs, Sammy 66, and he would collect the MVP and the Cubs made the playoffs. Sosa would go on to hit 50 or more in 4 seasons, 60 or more in 3, and we watched every single one of them. There were a lot of lean years where Sosa was the ONLY reason to watch the Cubs. Cubs lost today, but Sammy hit 2. Don’t tell me that phrase or some variation of it never came out of your mouth. You watched. You bought tickets. You bought merchandise. Heck, I even had a box of Slammin’ Sammy’s Frosted Flakes I never opened. And don’t tell me you didn’t get a chill when he carried an American flag around the bases after he homered when baseball resumed after 9/11.

Again, I am not going to defend the things Sosa did wrong. In addition to the things I have listed, he was a jerk of a teammate who got a big head and thought he was better than everybody else. Never mind the fact that he was, at least on the field. Remember, this was a poor kid from the Dominican Republic who had fame and fortune thrust upon him in a hurry. Remember, the Cubs were his third stop, after being average at best with Texas and the White Sox. Now all of a sudden the world was his oyster, and I am not sure the same thing wouldn’t happen to me or a lot of people in a similar situation. That doesn’t excuse it, but it’s understandable. Sammy put a lot of enjoyment in our hearts and a lot of cash in the Cubs bank account. Mark McGwire has been welcomed back to baseball. So has Barry Bonds. Why isn’t there any room at the inn for a guy who gave us a reason to not only watch baseball again, but specifically the Cubs. Woulod it really be the worst thing in the world to have Sammy back in the Cubs’ family? We aren’t talking about Dave Kingman or Milton Bradley here. Its Sammy Sosa. Personally, I think the Cubs should retire his number 21 (sorry Tyler Chatwood) and hang it on the right field foul pole. Not all great players are great humans. See Ty Cobb.