It has come to the forefront that the Cubs are rumored to be the front runners to trade for Manny Machado. As usual, I always take these things with a grain of salt, especially this early in the season. While it might seem like a good acquisition on the surface, I have mulled this over and I have taken the stance that I am against this trade.

My first, and probably biggest objection is Machado is a shortstop, also a former 3rd baseman. So where does he play for the Cubs? You’d basically have 2 options: moe Kris Bryant to the outfield and Machado plays 3rd, or, more likely in this scenario, Addison Russell gets moved in the deal and Machado plays short. I don’t like either option. I always cringe when I see Crazy Joe puts Bryant in the outfield. It creates a huge domino effect. While I do think Bryant can be a decent enough outfielder if he made that a permanent move, then who goes? Schwarber? I already made a case for trading him https://www.chisportsnation.com/2018/04/11/tradeschwarbernow/.

I’m kind of eating it on that one because Schwarber has had a nice run the past 5 weeks or so. I’ve also made my argument for Albert Almora being the everyday center fielder and I stand by that. And while Jason Heyward hasn’t even come close to the expectations we all had when he put on a Cubs uniform, he’s signed through 2023 and nobody is going to take that contract in a trade. Not to mention, who’s playing 3rd base now? I suppose you could move Javy Baez to 3rd, Ian Happ/Ben Zobrist take over 2nd, and already my head is swimming. That’s way too many moves for my taste. So Option B is to trade Russell. 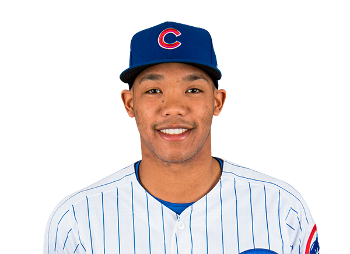 Some people have been disappointed in Russell the past year and a half. He hasn’t gone on to “future MVP” status as was declared by Len Kasper during introductions after the Cubs returned to play last year after their 2016 World Championship. But it’s not like he’s stunk up the joint either. He’s still very good defensively and he’s only 24. Machado is 25, but the big difference is Russell is signed through 2021 and Machado is a free agent after this season, and he’s going to be costly to whomever he signs with. I hate to be “that guy” but the Cubs had better be saving some money for Kris Bryant in the not so distant future. If you trade Russell and then Machado walks next year, what happens? Another series of mixing and matching.

This doesn’t even address what minor league prospects Baltimore might want in a trade, and while the Cubs are the alleged leaders i the clubhouse to get Machado, they aren’t going to be the only team trying. Not by a long shot. Baltimore stinks, so they can just sit back and see how much they can squeeze out of teams lining up to make that trade. Besides, they way Yu Darvish has struggled and Tyler Chatwood walks more batters than Ricky Vaughn, the Cubs MIGHT be thinking about getting a pitcher before the trade deadline.

First off, its WAY too early to take these kinda of rumors seriously. Second, I don’t like the financial ramifications of a Machado deal, Third, I am not ready to give up on Addison Russell. Fourth, since we are just spit balling here, there is that tiny microscopic minuscule possibility that the Cubs could be in the Bryce Harper sweepstakes after this season. This is probably even less likely than a Machado trade, but hey, its not like the Cubs are desperate this year. They don’t NEED Machado. It would be nice to add a bat of his caliber, but it’s not absolutely necessary.  The Cubs lineup as currently constituted should be more than good enough to win this year.