We have come to the first milestone of the baseball season, Memorial Day. Has the season so far been what you expected? I doubt it. It certainly hasn’t been what I expected. It hasn’t been bad, but then again, it hasn’t been good either. Mediocrity wasn’t what I had in mind for the Cubs this season.

Last year the blame went on the “World Series Hangover.” I poo pooed that, as I always do things like that. I’m not into excuses. On paper, the Cubs have a top 3 team talent-wise in the National League. They’re better than the Brewers. The Cubs currently sit in 4th place in the National League Central, granted only 4.5 games behind Milwaukee as of this writing. While I will admit last year I dismissed the Brewers. I said they would fade away by the All Star break. That didn’t happen. The Cubs ended up on top, of course, but it took a little longer than I thought. And that’s probably what’s going to happen this year. The Brewers tried in the off season. They tried to get Jake Arrieta. They tried to get Yu Darvish. The way things have gone so far you kind of wish they had landed Darvish. More on that later. The Brewers were just unable to land that one big fish. We can only hope they don’t reel in an ace at the trade deadline this year.

So what needs to happen for the Cubs to pull away and be the team we all thought they would be coming into this season. I have 4 things, all of which are fairly obvious.

Number 1. The aforementioned Yu Darvish has to be better. Plain and simple. 21 walks in 40 innings just isn’t cutting it. Neither is his 4.95 ERA. Now he is on the DL for the second time. To say the least, the Cubs aren’t anywhere close to getting their money’s worth out of Darvish to this point. 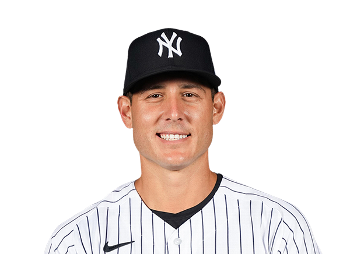 Number 2. Anthony Rizzo needs to be better as well. It pains me to say that, but the numbers don’t lie. A .213 average and an unusually high number of strikeouts for him has got to change. I believe it will. Rizzo is a proven commodity. Eventually I believe he will end up with the same numbers has has on the back of his baseball card. At least I hope so.

Number 3.  Defense. Defense is the most overlooked aspect of baseball. Its something I have harped and harped on for years. Defense matters. The defense hasn’t been what it should be. This may actually be the most important thing needing improvement. If you don’t boot the ball around the yard, pitchers don’t have to work as hard or as long, the offense doesn’t put more pressure on itself because you gave away free runs, and everything falls into place naturally. By the way, this might end up being the Brewers biggest gaping hole. From what I have seen so far, they are a miserable defensive team.

Number 4. Crazy Joe. Look, I get that bench players need at bats too. But for the love of God Joe Maddon, make a lineup, and use it for more than 1 game at a time. This constant in and out of the lineup and moving guys around in the order just makes it seem like he’s experimenting rather than managing. A personal side note here, any lineup should include Albert Almora every day in center field.

I realize that we have had some of the most miserable baseball weather imaginable up until about 2 weeks ago. That does affect the offense and the pitching. But that excuse is out the window. It’s summer now. It’s time to start hitting, pitching, and catching the baseball like the best team in the division, if not the National League. The Cubs are 26-22, 14-11 at home, 12-11 on the road. Meh. Mediocre. I expected more and I expect that to improve in the upcoming months of summer.