May 24, 2022
THE LATEST
Home Cubs Welcome Aboard Cole Hamels

As you undoubtedly know, the Cubs acquired Cole Hamels from Texas last week. Unless you are like my friend, of course, who texted me Saturday with “The Cubs got Cole Hamels”, to which I replied, “Yeah 3 days ago.” Well I guess not everyone eats, sleeps, and breathes baseball and the Cubs 24/7 like I do. Anyway, yeah, that happened, and I have had several people ask me what I think of the trade. I do have a few thoughts. 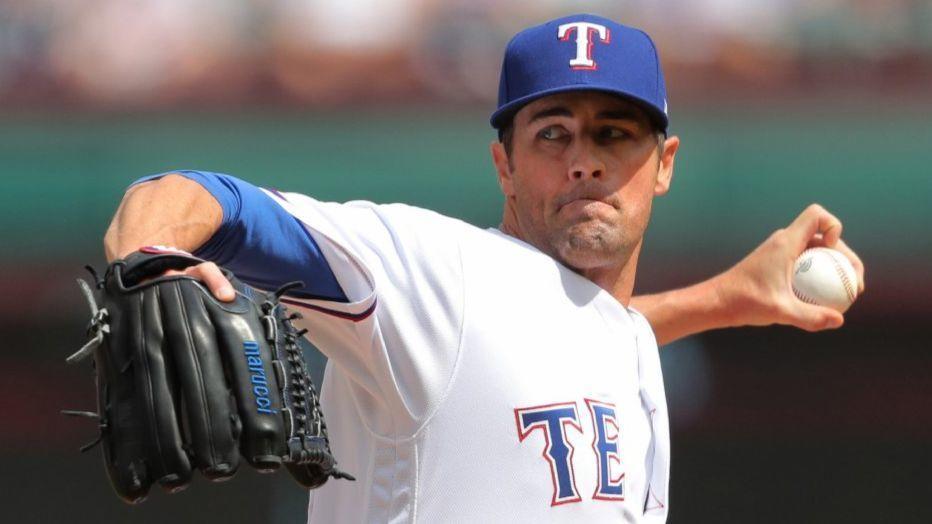 It’s a starting pitcher, which means no more watching Tyler Chatwood walk the world. It has been reported that Chatwood has officially been moved to the bullpen. While Hamels wasn’t specifically on my radar, it was almost a certainty that the Cubs were going to have to get a starter. Between Chatwood attempting to give all Cubs fans an ulcer and the continued uncertainty of Yu Darvish’s availability and his effectiveness even if he were to someday come back from the DL, this was an obvious move.

You can look at Hamels’ stat line and be underwhelmed. With the Rangers he was 5-9 with a 4.72 ERA. He’s 34, so you can also say he’s past his prime. If you’re a pessimist, you can say it isn’t exactly a blockbuster trade. If you’re an optimist, you can say the Rangers are a very poor team at nearly 20 games under .500, and you couldn’t exactly expect anybody on that team to be a Cy Young contender. Plus you can typically shave off about a half a run from an ERA coming from the American League to the National League.  Putting Hamels back into a pennant race, a situation where he has had success in the past, and the famous “change of scenery” factor, and we are all hoping we see a better pitcher in Chicago.

Although it has been a few years, Hamels does have impressive post season numbers. Career 7-6 with a 3.48 ERA in 16 career post season starts, including 3 National League Championship Series and 2 World Series. The main thing to take away from all of that at this point is the experience in the post season. Hamels has been there and done that. He was the NLCS and World Series MVP for the Phillies in 2008. Now that was a decade ago, so don’t expect that kind of heroics now.

There is also the factor that Hamels apparently like pitching at Wrigley Field, where he has a career 3-1 record with a 1.76 ERA, including a no-hitter against the Cubs in July 2015, his last start for Philadelphia before being traded to Texas. His numbers this year have also been much better on the road than at home in Arlington, a known band box hitter-friendly ballpark. Yes, Wrigley Field can play that way too, but it’s a common misconception that the wind always blows out there. Wrigley this year ranks 7th in MLB in runs scored, but 17th in home runs allowed, so you can attribute at least some of that to the Cubs having scored the most runs in the National League. By contrast Global Life Park, the Rangers home, ranks #1 in runs scored and home runs.

So you ask me what do I think of this trade? It really depends on how much of a positive spin you want to put on it. A need was met, and it isn’t like the Cubs gave up a lot for Hamels. Eddie Butler and 2 other lower level prospects isn’t that high of a price to pay for a starting pitcher. Hamels does make the Cubs’ Rotation extremely left-handed, as he will become the 4th lefty with only Kyle Hendricks being the right-hander. The bottom line is, they filled a need with what I’m sure they perceived to be the best guy they could get. Let’s be honest. There aren’t any Randy Johnsons out there to be had this year. My advice to Cubs fans is to sit back, relax, and hope for the best, that a once great 34 year old pitcher can at least be an asset.  I honestly do not think he will be a liability. And who knows? Maybe we will get a blast from the past.