We’re almost there, folks. Just 2 more spots to fill for our All Time Cubs team to be complete. This week’s installment is the last of my freebies. We all should know who the left fielder of this team is, but we do have others to reminisce about.  As always, there is no particular order here.

Hank Sauer.  In 1952, Sauer was named the National League’s Most Valuable Player, leading the league in home runs with 37 and runs batted in with 121. He reached the 30-homer plateau four times in five seasons as a Cub, including a career-high 41 in 1954. In his seven seasons on the North Side, Sauer slugged 198 homers and drove in 587 runs.

Moises Alou. In 2003, Alou drove in 91 runs and had an on-base percentage of .357 for the division-winning Cubs. In that year’s playoffs, Alou batted .387 with 19 hits, two homers and five runs batted in against the Braves and Marlins. The following season, Alou was named a National League All-Star when he hit .293 with 39 home runs and 106 runs batted in. Of course we all would like to forget maybe the most famous play Alou is remembered for. In the 2003 NLCS with the Cubs just 5 outs from going to the World Series, what seemed like a harmless foul ball hit to the left field stands was interfered with when Steve Bartman stuck out his hands and deflected the ball from Alou’s glove. The Marlins then went on a tirade and won that game, then won Game 7 the next night to keep Cubs fans still searching for that allusive World series.  Would Moises have made the catch had Bartman stayed in his seat? I’ve heard him say yes, and I’ve heard him say no. I guess we will never know the answer. 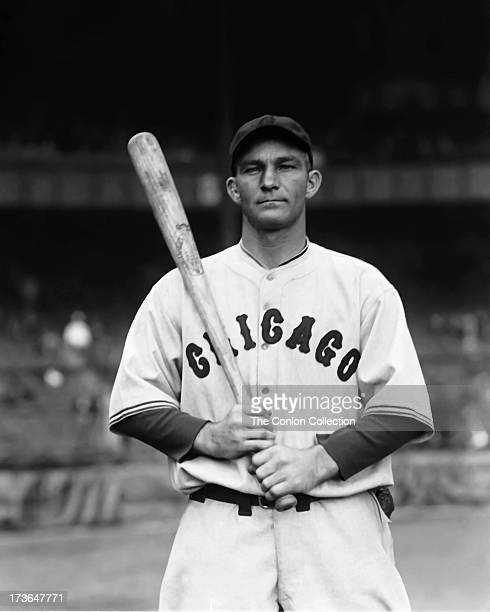 Alfonso Soriano. A two-time All-Star with the Cubs, Soriano never hit fewer than 20 home runs and twice exceeded 30 in his seven seasons on the North Side. In 2012, his last full season with the team, Soriano hit 32 homers and drove in a career-high 108 runs. In 2007, he led all National League outfielders in assists with 19.

And The Winner Is…

Billy Williams. Of course. Who else? The Rookie of the Year in 1961, Williams went on to hit 20 or more home runs in 13 consecutive seasons. The Hall-of-Famer’s best all-around year was 1970, when he led the league in runs and hits, batting .322 with 42 homers and 129 runs batted in. He established a National League iron man record by playing in 1,117 consecutive games and ranks third in franchise history in career hits and home runs. “Sweet Swingin” Billy has his number 22 retired atop the left field flag pole at Wrigley Field.

Like I said, not exactly a reach. Now comes the week I have been dreading since I started this series 10 weeks ago. I still haven’t made up my mind on who mans right field. I’m glad I have a week to think about it.