Simply put, Nagy’s game plan for the second half at Lambeau field last Sunday night was just not good enough. He took his foot off of the gas big time, and it showed. When you do that against a guy like Aaron Rodgers and don’t execute, it’s a wrap. And the Bears face another elite quarterback this week in Russell Wilson. I am not taking anything away from Nagy, as he has immense knowledge about football, an amount I could only dream about, and learned under one of the best game planners in the NFL today in Andy Reid, but this is how I would game plan to get a win in Soldier Field this Monday.

The Seattle Seahawks defense has not nearly been as good as it has been previously, as Earl Thomas is the only member left from the Legion of Boom. Bobby Wagner is perhaps the best MLB in the league and will look to wreak havoc in both the running game and passing game. The Bears should look to take advantage of the rest of their linebackers, especially if KJ Wright doesn’t play. I like Shaquem Griffin, but he looked overwhelmed in his first game. Run at him and you will get yards. Seattle will throw tons of different looks at you, as they run both an one and two deep safety look. Based off of what I’ve watched, I’m expecting a ton of cover 2, 3, and 4, with some man as well. The Bears simply did not run the ball enough on Sunday. When they did run it, they were rather effective. Jordan Howard and Tarik Cohen are two of their best playmakers on offense, and they need to be utilized more. Howard had 15 carries for 82 yards, while Cohen had 5 for 25 yards. Nagy just needs to make the simple play on 3rd and short and use his good playmakers out of the backfield. I think an extra ten carries for Howard would be ideal. With the run game being utilized more effectively, that opens up the opportunity of big plays down the field as well. With the Seahawks bringing more bodies into the box to stop Howard, Trubisky should be able to air it out more effectively. The biggest thing to take away from Sunday, I think, is to not rush Trubisky into things he is uncomfortable with. On Sunday, he looked uncomfortable in the pocket. They should try and use the vertical passing game more, while still utilizing Nagy’s version of the West Coast offense. If the Bears just run the ball more with their effective running backs and make Trubisky more comfortable, I think this offense would be in for a big night. After all, they surrendered 27 points to Case Keenum, and I certainly think Trubisky is more capable of higher quality football than Keenum. 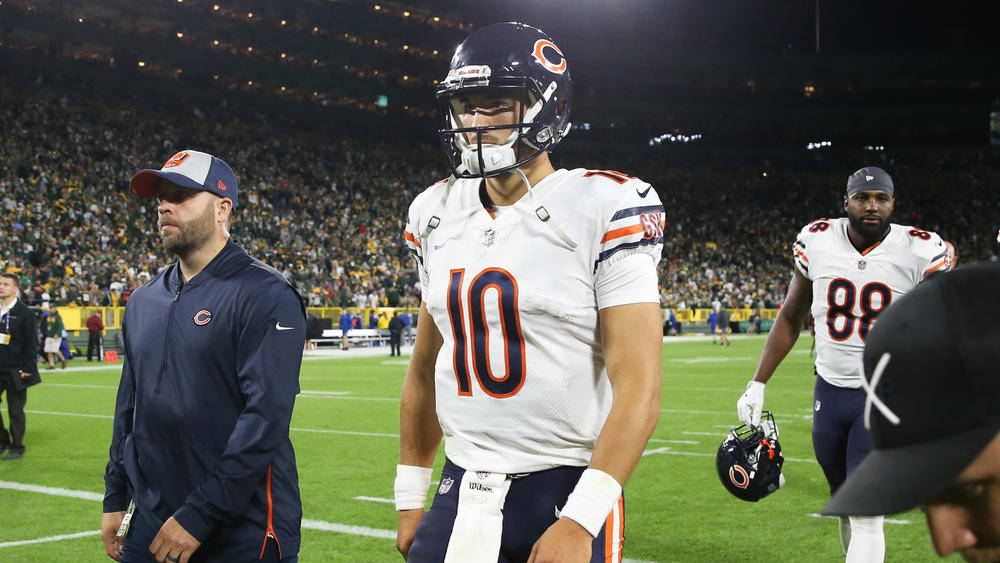 In terms of defense, I think Fangio should just utilize the mismatches he’ll have all over the field. Khalil Mack should absolutely feast on the Seattle offensive line. Although Seattle’s line has gotten better, it’s still a weakness and Fangio needs to exploit it. Utilizing Khalil Mack in certain packages will prove to be key on Monday. Fangio needs to start Roquan over Kwiatkoski. I like Kwiatkoski, but he looked overwhelmed on Sunday. He was brutal in pass coverage and is just slow. I like him in certain packages, but starting Roquan on Monday is the right move, plain and simple. The biggest thing Fangio needs to key on is Russell Wilson. Simply put, he is the engine of their offense. It is looking like Doug Baldwin will miss this week as well. Fangio should just game plan around containing Wilson (cause you can not straight up stop him) and let his guys go out there and make plays. 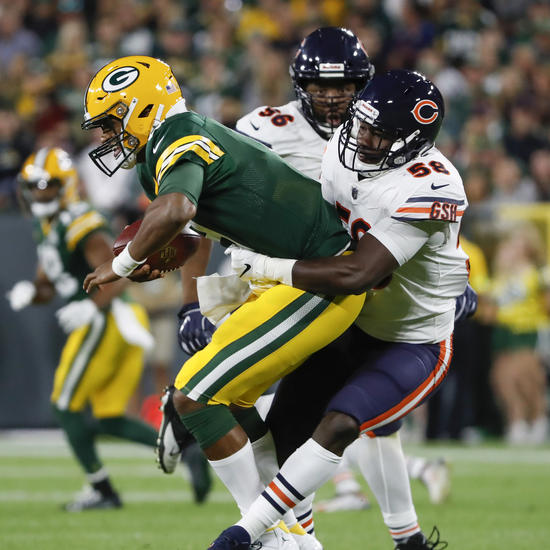 This is the most beatable Seahawks team we have seen in a long time. If the Bears come into this game and just utilize the run game and make Trubisky more comfortable while utilizing the mismatches they will have on defense, and contain Russell Wilson, they will win this game. But if Nagy builds up a lead and starts going conservative like he did at Lambeau, Russell Wilson will exploit that every time. The Bears just need to hit the ground running and never look back.

A Closer Look at the Dante Pettis and Tajae Sharp Signings

As it’s been discussed often this off-season, the Bears WR corps requires some work.…