May 25, 2022
THE LATEST
Home Bears The Doubters have been Silenced

Remember when Mitchell Trubisky was a Prius? I do too, but that didn’t last long. Today, we saw what the Bears signed up for on April 27, 2017: The Bears traded up one spot to get the signal caller out of North Carolina. Many doubted him coming in, and then when he actually started playing, even more doubts came, and rightfully so. He showed flashes his rookie season, but was inconsistent and below average his rookie season. Some would argue he still is a Prius, maybe a bit better, but man did he look good today.

The Bears played the Buccaneers earlier today, and they trounced them by a score of 48-10. Trubisky had a career day, completing 19 of 26 passes for 354 passing yards, 6 passing touchdowns, with 3 rushing attempts for 53 yards. Trubisky looked the best he ever has in his NFL career today by a long shot, and boy did it feel good. He threw some absolute dimes. His first touchdown to a wide-open Trey Burton was on the money, but he was wide open off of a very well run route, and a well-designed play I might add. It was a good throw, but that was an expected result with a wide open target. His second touchdown was awesome, on the corner route to Allen Robinson. It was a very well placed ball and a very good play by Robinson. Overall, Trubisky just looked more precise than he ever has. He was throwing dimes, and just lit it up. He had a lot of help today too, as the whole team looked good against a once red-hot Tampa team. This Tampa defense ranked last in the entire NFL in pass defense coming into today, and it showed. That defense is bad, and any fan can see that. I really like to see Trubisky taking advantage of this golden opportunity. Even though his career day came against a porous secondary, this will prove to be monumental in his development as a player and in this offense. The offensive line was excellent today, only giving up one sack, and giving Trubisky ample time to make his reads. Without the efficient play of the line today, Trubisky doesn’t put up those numbers. 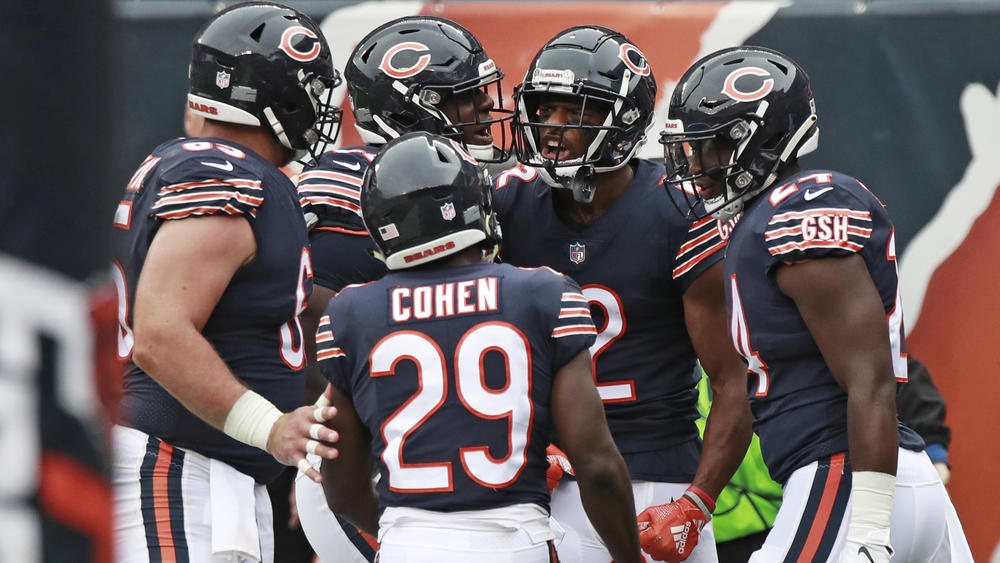 Nagy also had his best game as a play caller for the Bears today. In the first three weeks, Nagy was just installing his new offense with his team, which was one of the main reason for frustration with the offense. Nagy had the Bucs’ defense guessing all day, and their defense gave up big play after big play. Nagy also utilized double moves with Cohen and Burton very well, both resulting in touchdowns. Two touchdowns stand out to me though. The first came midway through the second quarter. It was the flip pass to Taylor Gabriel. The Chiefs ran this play to perfection last week, and Nagy brought it over with him. This play was just well designed, and shows how clever he is as a play designer. The second came toward the beginning of the third quarter. It was the pick play that we ran that resulted in another Gabriel touchdown. This was a very simple rub concept that works very well in short yardage situations. I’m sure every offense in the league has this play installed somewhere, but it was just run so effectively that it impressed me immensely. The nucleus of this Bears offense is finally clicking and now can run Nagy’s clever offense the way it is meant to be run. 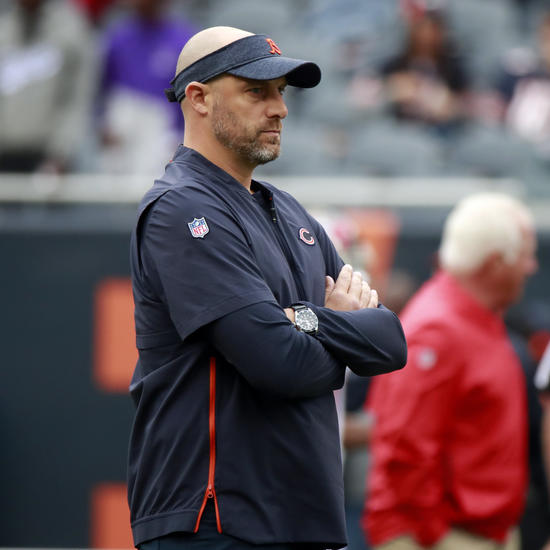 I came out of today with one question about the offense, and it is knit-picky, to say the least. Howard’s name surfaced in trade rumors this past offseason because he didn’t fit Nagy’s scheme, and we didn’t see much of him today. Howard only saw 11 carries for 25 yards and one target without a reception. Cohen had 13 carries for 53 yards, and 8 targets with 7 receptions for 121 yards and a score. I’m not taking away anything from Cohen, as he is more explosive and versatile, but Howard didn’t see much of any action after Cohen got hot. I get going with the hot hand, and Cohen was very efficient today with his touches, but Howard is one of the most underrated runners in the league if you ask me, and I just want to see him used more. I also want to see him make more of the opportunities he gets, as he’s been underwhelming, to say the least, this season.

Today, Trubisky and Nagy saw what they can really be at their best. Perhaps like Belichick and Brady, or Goff and McVay, in terms of the cleverness and success of the offense. Even if it was against a joke of a defense, today’s performance will do wonders for the confidence of the second year quarterback and first-year head coach. It is only one game. They need to keep up this efficiency, and they get more time to prepare and work going into the bye week. Trubisky may still be a Prius, but he was going a million miles an hour today.

If there’s one thing that makes Lucas Patrick stand out, it’s his giant dolphin dome VICIS…